The death of Prince has brought to bear many reflections regarding his music, his genius, his influence, and his tremendous charity work.  In the midst of the mourning and speculation about the cause of his earthly demise, I can’t help to be be frustrated and disappointed in seeing another person of color, someone whom I looked up to arguably more than any other artist in the history of my lifetime, leave a scattered mess of financial confusion – leaving his fortune and musical legacy to be fought over among relatives – subject to money grubbing lawyers and adjudicated in the courts.  WHY?

I’ve seen this many times among family and friends.  I’m not talking about millions.  I’m talking about hundreds or thousands of dollars worth of insurance money, cars, furniture and keepsakes. One would like to think that family can come together and handle adversity in a decent and orderly fashion when it comes to the death of a beloved family member.  But sadly, far too many times that is not the case.  When it comes to just a little bit of money, I have seen brothers, sisters, cousins, aunts, uncles and grandparents lose their minds, their religion, and any amount of human decency over material things and a few quarters.  It’s as if the deceased loved one’s body can’t be buried good before greed sets in turning people into vultures circling the carcass.  It’s disgusting!  There are people I have nothing to do with today because of the way I saw them behave in situations of death. 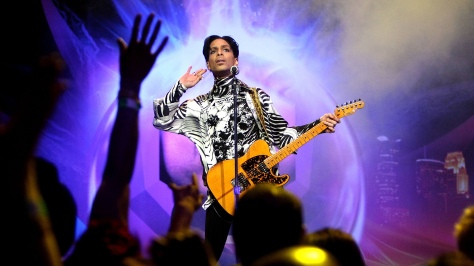 They say that there is nothing certain in this world but death and taxes.  If you have a good enough accountant or the right connections, perhaps you can avoid the taxes.  But best believe, death is not one to be cheated.  It doesn’t matter how much money or power you have, or how less of it you have.  We’ve seen it happen with other celebrities before.  But Prince?  The man who worked for years to get his own name back?  The man who recently won the rights to his masters from Warner Brothers?  The man who had the world by the tail.  He was creative, an artist, but one who learned the business of music as well as any record company CEO.  We’re talking about a man who was the OG, the Godfather, an Untouchable who controlled everything about his name, his image, and the product that he released.  Prince was pure in that he never handled his musical friends in an altruistic sense.  When he recorded with you, there were no contracts.  Whatever was agreed upon that you would be paid was guaranteed to be yours.  If he performed a Led Zeppelin hit during one of his concerts, he paid them stricktly out of principle.  He was true to the game. That’s all well and good as long as you are alive and well.

From the initial reports, it seems that Prince has been struggling with his health for a while.  Upon hearing of his passing, I immediately surmised that his ‘piano tour’ was a way in which he could perform without jumping all over the stage as his custom over the last 40 years.  Similar to Michael Jackson, Prince had given it all.  His body was broken down from thousands of performances circling the globe many times.  He also started writing his memoir.  It seems that he had a sense of his mortality.  This is why it is beyond explanation that there were no preparations made in how to distribute the wealth he had been so generous in sharing.  Much more larger and significant than that however is the music.  This man has spent his entire life creating so much unreleased music that a vault had to be enacted to store it all.  Since the estate is going to probate, a bank had to drill holes into the safe that only he had the combination for.  These banks executives aren’t artist. Their interest is not in preserving something as significant as any collection of Rembrandt’s, Picasso’s.  Prince was so inquisitive in his explorations, so protective of the product, and yet his own blood relatives are left to having the government decide what to do.  Behind the scenes schemes are being plotted and plans are being made by the same people Prince fought seeking to bastardize this man’s creative lifeblood.  One brother admitted that he hadn’t spoke to Prince for 15 years and yet claims that his ‘brother meant everything to him.”  I just bet he did!

My own mother lives 2500 miles away.  My sister and I are the only siblings.  Our mother has excellent taste and as a result has nice things.  Because she is single, long ago I spoke with her about how she wanted things handled should she leave this earth before we do.  I had her write it down, sign legal papers and so forth.  My sister and I have already decided what is going to be what.  Not because we want any of her possessions.  As a matter of fact, truth be told I’m the one who is really sentimental.  My sister joked that while she may sell a couch for instance, I would be standing there saying, “You can’t sell that couch!  That’s my momma’s couch!”  Yes I would be the hoarder.  I love my mother so much, that anything she touched I would want as a keepsake; or at the very least have the wherewith to decide.  I’m married so my wife has the first rights.  Still we are creating a will, and even little things like who gets my sports jerseys, and who takes a hold of my music collection, hard drives with decades of family photos, are all on the table being discussed. 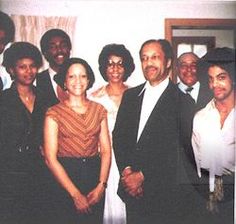 It’s not fun to talk about.  But its’s responsible to deal with.  It’s mature.  No man knows the day nor the hour.  But do yourself and your family a favor:

Perhaps you would like to believe your family wouldn’t act a certain way.  Perhaps you believe your shared faith will enable them to handle things properly.  But let me tell you something, Christ ain’t coming down to adjudicate your shit.  Handle your business and take that extra stress off of your people.  Allow them to grieve you, instead of turning on one another.