I was speaking with a loved one the other day. Let’s call him ‘Mark.’ He is the father of a teenage son whose mother, (let’s call her Mary) had married a new guy some years ago. Mark and Mary also have additional children with their current partners. Unfortunately, there is a great deal of friction between Mark and Mary. They have several philosophical differences on how to raise their young man in training. On top of that there is friction between the Mark and Mary’s husband.

In listening to the many stories I’ve heard there is a severe level of dysfunction. None of the adults are handling things as best as they could. In some cases the adults are behaving like children. This make life brutally unhealthy for the real child caught in the middle.

One of the things Mark said to me was (paraphrasing), “When it comes to ole boy, (the husband) I just ignore him and avoid him cause he is irrelevant.” From what I’ve heard the husband has said and done some highly combative things about Mark in front of his son. I understand Mark’s feelings. But I cringed on the inside because I knew that this attitude is also a part of the overall problem. I’ll explain.

Blended families (noun) …a family consisting of a couple and their children from this and all previous relationships, is more the norm today than at any other time in America. It’s challenging to raise children in a traditional family as it is. When combining families after the adults take on new partners, there is a special skill set that adults must learn to provide a peaceful and productive environment for the children.

There are so many variables for parents to consider for children when new partners arrive. There are educational, recreational, discipline, and financial responsibilities, just to name a few. The bulk of conflicts probably revolve around the last two; discipline and financial. 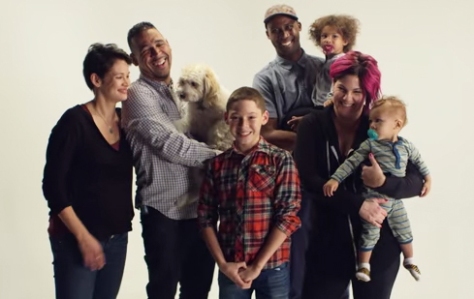 There is no ‘one’ way to handle these challenges. Each group can decide for themselves. For example, some groups may decide that only the ‘biological’ parents can administer discipline. Some may co-parent equally in all situations. Regardless, there needs to be a certain set of agreements. And those agreements needed to be followed consistently so that the child know what is expected and what to expect. I could a lot more time on details and differing scenarios. Just know that handling the critical issues will help regulate the day to day.

Another thing biological parents need to consider as well is the gift of what I like to call the bonus parent. I can tell you from experience. Being a bonus dad is a precarious thing. One one hand I was expected to love and care for my exes children as if they were my own. This means providing not only financially, but emotionally as well. I was expected to make a holistic investment day in and day out. And I was happy to do that. On the other hand, there was also an inherent understanding that when there was a conflict of principles and beliefs, the reality that I was NOT the biological parent was surely pointed out. After stepping back and taking the ‘L’ in that episode, (and possibly looking like a second class parent in front of your bonus kids if they know you have a different opinion than mom) I was expected to pick up where I left off with the same level of devotion, without the same level of authority and credibility. The point is put some respect on the bonus mother/father’s name. Especially the one that’s willing to do it right.

So, when it comes to co-parenting in blended families, I said all that to say this to biological parents:

This co-parenting thing ain’t for children, punks and bitches. You have to be fully adult, self-aware and well grounded to succeed as co-parents.