I know you can’t read this. But I am writing to put this into the electronic atmosphere so that hopefully these sentiments can reach you where you need it most.

I don’t envy you today. I haven’t envied you since your name was leaked. For the last couple weeks your name has been scandalized and your words diminished. Not by the neighborhood, your school, your church or the office. But by powerful white men who make laws and craft legislation; whose ultimate goal is power, who see their potential Supreme Court nominee as a ticket to take back to their constituents so that they can say, “See! I gave you what you want. Elect me again!” Never mind that they claim to be the party of morality. They proved that to be false decades ago. But I digress.

I said I don’t envy you. But make no mistake; I admire you! Since day 1 you have done more than was asked. Once your name was revealed you stood by your truth. You took a polygraph and passed. He didn’t. All while these same men, conservative Christian men continued to sully your name, dismissing you with statements like, “In the very near future, Judge Kavanaugh will be on the United States Supreme Court.” Then he had the nerve, the audacity to back it up with this choice of words, “So, my friends, keep the faith. Don’t get rattled by all of this. We’re going to plow right through it…” 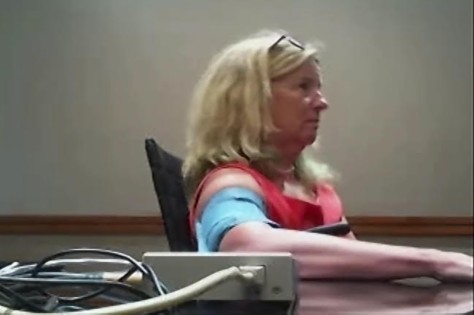 “Keep the faith? Plow right through it?  Just like the judge the Senate Majority leader wants to hire, he sees you, Dr. Ford, as something to plow through. I can only imagine the frustration, the anger, the anguish. And yet here you are today ready to stand before a murderers row of elite oligarchs. This after they tried to force you into an ultimatum of appearing on Monday. This after refusing an FBI investigation that you requested. An investigation that is known to take only 3 days. This after refusing to subpoena the friend of the judge who was in the room. They all but have him in the witness protection program. Last but not least; your accusers don’t want to accuse you to your face themselves. They want to get another female to do it for them so that they can claim clean hands. Knowing all of this and yet here you are! Ready to stand in front of the entire world on a truth that you will have to live with forever.

I don’t know what will become of the judge after today Dr. Ford. Since you’ve come forward there are at least 4 other women who have as well. They won’t get the opportunity you will today. Even the highest office holder in the land have attempted to ‘slut shame’ one of them.  (I hate that phrase by the way but he literally is calling her a slut.) You Dr. Ford are courageous! Your actions today are ‘sheroic’ and to be praised. As many detractors as you have, there are many more who have your back. We are cheering you on, gritting our teeth as if we are in that lion’s cage with you. We will hang on your every word, every expression, every breath sending loving vibes of strength and encouragement. And at the end of the day, know that you would have shown some woman out there that it’s OK to stand up for yourself publicly- if she so chooses to do so.

Now go forth you bearer of girl power! Show them what you are made of! Be strong, be steady, be yourself!

Those Who Love Equality and Justice