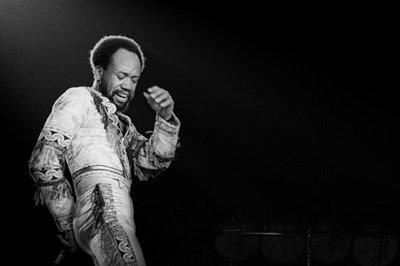 I won’t go on and on about how much of a genius Maurice White, the original front man for Earth Wind and Fire was.  We all know this, right?  Not to be missed he was also an astute businessman!  Here is just one example:

The year was 1977.  A film was being made and produced called, “Sgt. Peppers Lonely Heart Club Band.”  This film would be based on a rock opera as told through songs created by The Beatles.  An all star cast was assembled full of music artist, rock bands and Hollywood’s acting royalty, including. Peter Frampton, Aerosmith, Billy Preston, Alice Cooper, Steve Martin, George Burns, and at the time the hottest group of the year The Bee Gees; still blazing from their successful blockbusting soundtrack from the film “Saturday Night Fever.”  Each recording artist was to remake and perform a Beatles song as part of the movie.

Earth Wind and Fire were asked to be a part of the project as well.  But Maurice White was not amused or interested.  Many in the industry didn’t understand why.  Music in movies were lightening in a bottle.  In addition to Saturday Night Fever, the producer for Sgt. Pepper, Robert Stigwood, was also working on another blockbuster hit in, “Grease,” starring John Travolta and Olivia Newton John as it’s main characters.  Michael Shultz was brought on as director.  Shultz had directed dozens of top grossing and cult followed projects such as, “Car Wash, “Which Way Is Up,” “Greased Lightening” and “Cooley High!” Easy decision.  Right?  Wrong.

Earth Wind and Fire (EWF) had already played in a movie previously called, “That’s The Way of the World.”  It starred Harvey Keitel as a record company executive.  EWF portrayed fictionalized characters of themselves, a struggling group trying to get a record produced and released.  The movie however, how can I say this… ummm it sucked!  Like it was really bad!  Even Keitel says it’s the worse movie he’s ever done till this day.  In spite of that, Columbia Records’ release of the LP by the same title became one of the group’s biggest signature records.  White was not about to put himself or the group in a position where the possible failure of a movie could hurt the sales of EWF’s music and brand.  It was Paul McCartney’s persistence that convinced White to take on the project.  He encouraged Maurice to do the song HIS way.  He had 100% autonomy.  The chosen record was, “Got To Get You Into My Life,” from The Beatles 1966 album, “Revolver.” 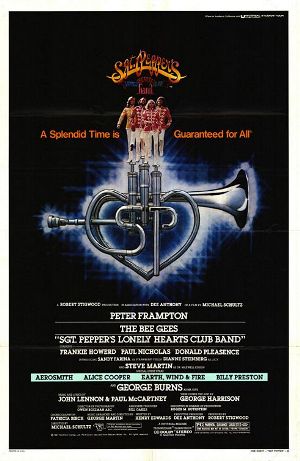 Maurice got to work on the vocal arrangements and the brass sections performed by the, “EWF Horns,” played by members Don Myrick, Louis Satterfield, Michael Harris and Rahmlee Michael Davis. He obsessed over every detail convinced it had to be a hit. When McCartney heard the finished product he absolutely loved it!  It was a great tribute but done in true EWF fashion.  Basically it would become and Earth Wind and Fire song, not merely a remake.

After the movie was completed, cast and production members were allowed to see a pre-screening.  All of the music was to be kept secret from the public until the company promoted the movie and the soundtrack.  After the viewing, Maurice wasn’t just devastated, he was pissed off.  This movie was bad.  Really really bad!  (Not again!)

Not to be defeated, White had a few months to work with before this colossal failure of a movie was to be released.  Though Stigwood’s record company (RSO) had the rights to the soundtrack, Maurice via EWF still had rights to the song through Columbia.  Maurice, confident he had a hit on his hands arranged for Columbia to release the record as a single several weeks before the movie debuted.  Since EWF was not releasing new material that year, they attached “Got To Get You Into My Life” on, “The Best of Earth Wind and Fire Vol. 1″‘s album.  To his delight the single shot to #1 on the Soul Singles Chart and #9 in the Hot 100.  As he predicted, “Sgt. Pepper,” the movie bombed.  So did the soundtrack.  Since I was a Bee Gees fan, at the age of 11 I caught a city bus to Scottsdale Mall in South Bend, Indiana to see the movie.  After falling asleep during this debacle, I walked out of the theater dazed and confused.

Meanwhile as Maurice White smiled all the way to the bank with yet another hit single, Barry Gibb, lead singer of The Bee Gees seethed!  He called the pre-release of the single a double cross.  Why?  Because in spite of the other artist in the movie, the main focus of the characters in were on the Bee Gee brothers, Barry, Robin and Maurice.  Since the movie flopped, nobody looked down on Aerosmith or EWF.  They were looked at like co-stars.  The backlash was solely on The Bee Gees!  Barry refused to ever speak to White again.

There are many stories of great times, sex, drugs, debauchery, back stabbing and money disputes in the music industry.  This is by far one of the shrewdest moves and funniest stories I have ever heard.

Maurice White, Thank you for the music.  It will last forever!