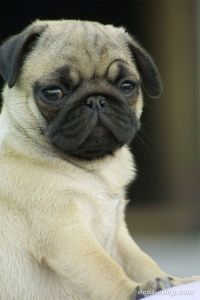 Ok – so I wrote this blog about my relationship with Jose Cuevas who didn’t speak English – that is till I caught him hitting the “hippie lettuce” in the garage – But I mentioned during that story that my other Mexican friend Alfred Hernandez (who spoke English very well thank you) had a sister that I liked named Leticia.

Leticia or “Letsy’ as her family lovingly referred to her was in my 5th grade class.  She had fair skin and long brown hair.  She wasn’t necessarily the prettiest girl in the class – she had a serious look about her though and she was quiet and yet smart. I was smitten.  She was shy so she didn’t socialize much.  I never had a real reason to like her for real cause we never talked about anything.  It was just a crush thing I suppose.

Anyway somehow it got out that I had eyes for her.  But no one really said anything out loud.  That is until Robert Sanchez decided to blow up the class.  I don’t remember the details exactly, but the teacher was out of the class and we were all joking around and talking.  Someone said something about Leticia that had nothing to do with me or boys, but Robert took it upon himself to blurt out… “Leticia?  Oh that’s McCalee’s lady.”  My mouth fell open and as I darted my head over to her seat I sighed cause I knew she was terribly shy.  She was not the subject of any classroom kid conversations and this was the worse one to start with.  I could see the fury in her eyes and she must have thought I was the one who spread that rumor.  Well I didn’t.  I never talked about Leticia – I think I told Ivel Jennings or Rob Laskowski but definitely not Sanchez especially.

I wasn’t savvy enough to approach her and assure her that it wasn’t me.  I was handcuffed without knowing it.  But I hoped it would blow over.  It didn’t.  I called Leticia from time to time.  I would be so nervous that I would write down the things I should talk about so I wouldn’t be holding the phone as if I was playing a game of ‘silent chicken.’  But the tone was always set negatively from the go.

ME: Hello.  May I speak to Leticia?

Me: Hi Leticia how are you?

Leticia: What do you want?

Me: Uhhh, just wanted to see how you were doing.  That was some spelling test today huh?

Thats how it went on more than one occasion… or whenever I had the guts to call her.  And don’t even think about speaking to her at school.  Cause that was out.  I thought for sure that she hated me.  That was until I stayed the night at her house as a invite of my boy Alfred’s.  We did a home and home Friday night stay and when I came over to my surprise Leticia and I got along great.  We ate, watched TV, laughed till our stomachs hurt, ran around the yard and at night chased each other around the house having pillow fights.  I couldn’t believe the girl I was seeing.  She was smiling, laughing, more talkative than I had ever heard in school.  We had a ball.  Nothing romantic at all – but big fun as kids just being kids.

Upon getting back to class on Monday I spotted ‘Letsy’ and thought of speaking or telling her again how much fun I had at her house with her family.  She shot me a subtle look as if to say, “You better not!”  I got the message.  Leticia never had anything against me.  She thought I was an OK guy.  But the thought of it appearing that she had ‘a thing’ with me was not going to be acceptable.  Nevermind that we never had anything romantic goin on in the first place.  It was just the appearance of it.  If she was like my youngest daughter is now at the age of 10/11, she didn’t even like boys yet.  My kid loves her some Chris Brown but that doesn’t count.  My point is that Leticia wasn’t messing around with any of the little cats in the school yard.

It was all good.  I never called Leticia again.  I avoided her at school.  And she in turn didn’t give me the gas face anymore if we happened to bump into one another.  We had an “understanding.”  It was my first lesson in pupply love and 5th grade politics.

**I had not spoken to Alfred or Leticia since I left South Bend in 1981.  I did speak to their mom about 3 years ago.  I called their old number just to see if it was still good.  Alfred’s mom remembered me and gave me his number, but he never answered and whomever answered the phone didn’t seem to care to give him the messages.  Leticia – married with at least four kids at the time.