Like most red blooded Americans I am looking forward to football season.  A baseball buff growing up, I had no particular love for football.  My first memories of the sport were my dad’s friends coming over to our apartment on Sundays to watch the St. Louis Cardinals football team.  They would shout at the TV and as I watched these gladiators of the grid smash and grab one another.  I had no idea what the point or the strategy was.   I also recall my dad and his friends were particularly thrilled the day Jayne Kennedy appeared on The NFL Today show as a host with Irv Cross , Brent Musburger and Jimmy “The Greek” Snyder.  That was a really big deal.  I wonder why… 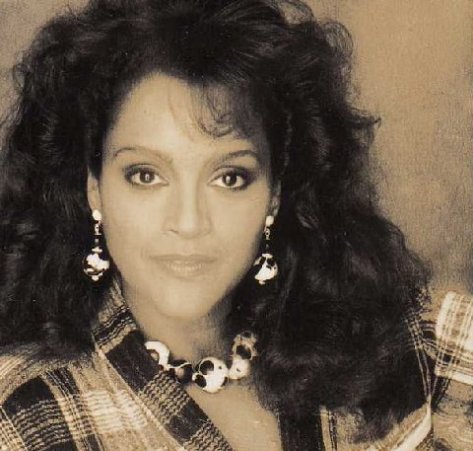 Anyway, I got into football when my grandmother gave me a Pittsburgh Steelers schedule prior to the 1980 season.  The Steelers had won their fourth Super Bowl.  While visiting grandma as I did every summer in New Kensington, PA, (18 miles south of Pittsburgh) some friends took us to Latrobe to the Steelers training camp.  There I met Terry Bradshaw, Rocky Bleier, Franco Harris, Lynn Swann, Mean Joe Green, John Stallworth, Jack Lambert, and so on.  While I didn’t enjoy or understand the sport, I knew the names and these guys were bigger than life to me.  I took the schedule home and watched the NFL games every week just so I could mark a ‘W’ or an ‘L’ next to the opponents after they played each.  This is when I learned how the game was played and what the rules were.

From then on it was all things Pittsburgh for me; though I did enjoy other teams.  I started watching college football and fell head over heels for Dan Marino when he was at Pitt… which made me a Dolphin fan though I couldn’t pull for them against my beloved Black and Gold.  (I don’t know who told Wiz Khalifa that it was black and yellow.  But I digress)

I’ve been satisfied with my outlook on football for the last 31 years.  The Steelers are still my squad.  And I’ve enjoyed a few more Super Bowl victories since 1980.  Everything is simplified.  Teams win, teams lose.  It’s close or a blow out.  I don’t gamble so I never cared about the point spread. 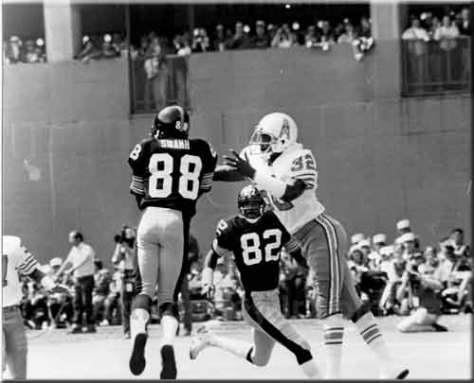 Then something crazy happened.  Something entered the fray called, “Fantasy Football.”   It started kinda slowly but I noticed it pick up year after year.  It seemed to be as big as the NCAA basketball brackets for March Madness.  I thought it was silly because it lasted more than a month.  Guys were having drafts, trading players, mixing and matching players and that didn’t make sense either.  How in the hell can Peyton Manning possibly be on the same team with Terrell Owens?  They don’t even play for the same team in real life!

I always avoided worrying about the logistics of it.  I wasn’t going to participate in that foolishness anyway.  Still this thing began to spread like a virus.  I’ve got a friend who I’ve talked football with for over 20 years.  We may only see each other maybe once a year.  But during the football season, we are sure to talk at least once a week.  We talk about the games, the players, what the Cowboys are going to do etc.  Sadly, last year I lost this dear friend of mine due to a tragedy.  Was it a car accident?  No.  Was he the victim of a henious crime?  No.  This friend of mine was infected by the fantasy bug.  We were talking about the games and I said, “Man, how about that Roethlisberger?  Didn’t he bring Pittsburgh back with his scrambles and ability to make something out of nothing?”  My boy said, “Man that dude pissed me off.  They ran the ball to run the clock out when I needed him to make 15 more passing yards for my fantasy team!”  I said, “But they won!”  Then he said, “But I lost.”  That was a wrap for me.  I can’t talk to this dude any more about football because all he wants to talk about is how his fantasy guys did from week to week.

I decided after that conversation once and for all, that fantasy honks are degenerates who take the fun out of the game.  They spend way too much time analyzing stats as opposed to the team concept of winning and losing.  They now have segments on ESPN where they talk weekly about who will be a good fantasy pick.  I immediately turn to another station during this period.

I’ve also heard NFL players griping or bragging about their fantasy draft status.  This seems even more idiotic!  And why aren’t there any defensive players on fantasy list?  Don’t tackles, interceptions and quarterback sacks mean anything?  I guess not.  That would make too much sense!

Let me be clear.  I hate fantasy football.

Unfortunately, this year my brother-in-law Pete, all the way in Charlotte, NC begged me to get into his yearly pool this year.  “Cmac, its fun and it’s free!  Everything is automated so you don’t have to pick anybody it’s done for you.  Come on man.  It’s a family tradition.  We talk trash and have fun with it!”  I tried telling him I wasn’t interested.  I tried dodging his phone calls and emails.  I told my wife to tell him we were divorced so he wouldn’t think I lived with her anymore.  None of it worked.  He talked me into it.  Kicking and screaming  I signed up for, “Pete’s League of Disaster,” along with several other degenerates via Yahoo.  I hate it already.   I mean, surely I’m not going to get all Steelers players.  Am I supposed to root for Joe Flacco if he ends up on my fantasty team?  He plays for the Baltimore Ravens.   I HATE the Ravens.  They are a division rival.  (Though we win most of the time so it’s not really a rivaly.)  But again… I digress.

So I’m in.  Pete got me with the family peer pressure thing.

Still I vow to care only about what the Steelers do this season and NOT get caught up in the stats of other players.  They will NOT reform me!  Right?

As for Pete, I hope he get’s stuck with Jimmy Clauson or Cam Newton as his QB! 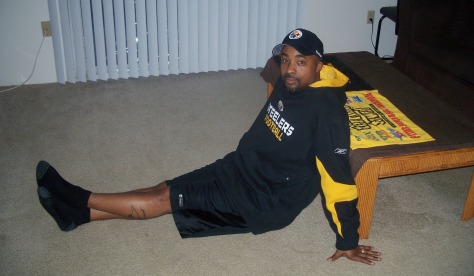